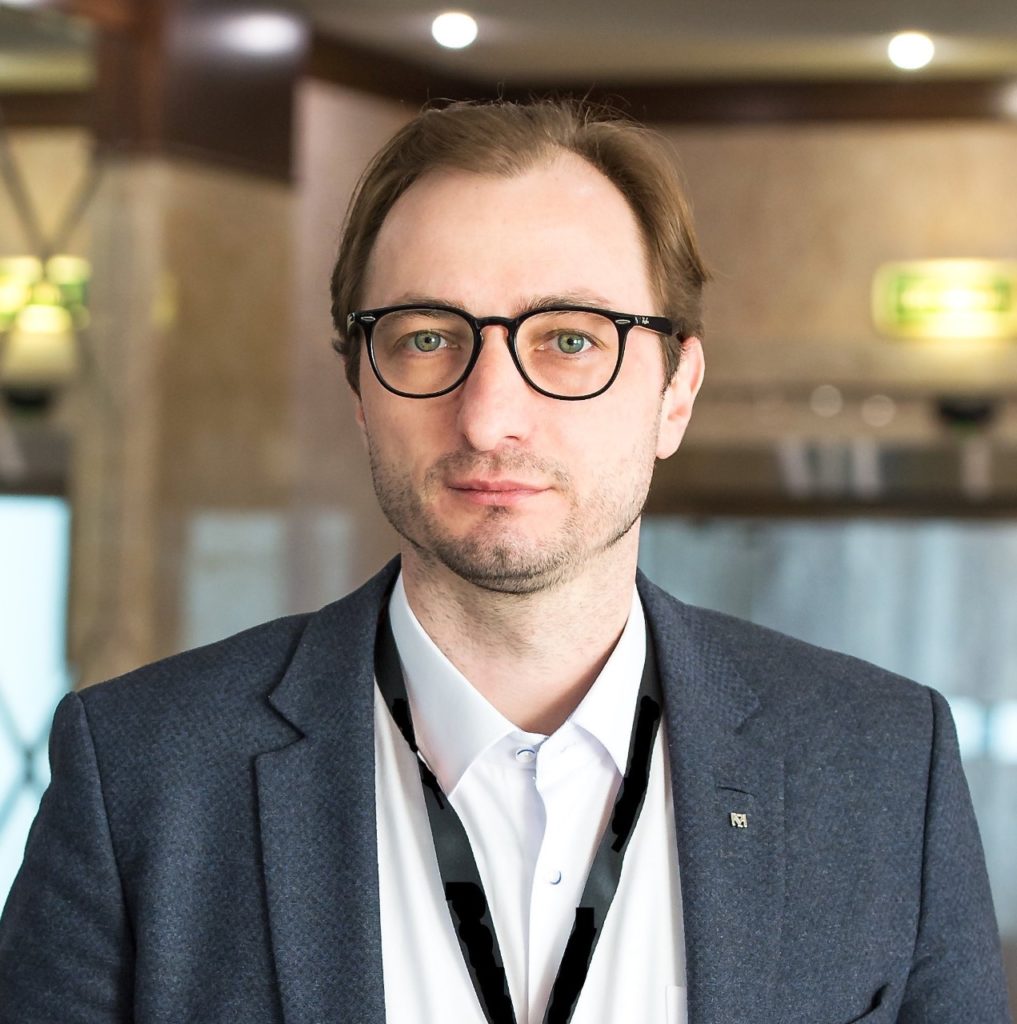 Andriy Beznosenko, a 39 y.o. Chief Medical Officer of National Cancer Institute (NCI) in Kyiv and the president of the Ukrainian Society of Clinical Oncology (Fig 1), agreed to talk to Roman Kowalchuk and I (NK) about the dire situation for cancer care in Ukraine. He has been living in the National Cancer Institute building since the beginning of the Russian invasion of Ukraine. For the NCI staff, it is safer to stay in the hospital than staying home on their own, plus the early and frequent curfew hours do not let the hospital staff leave home (Fig 2). Ukrainian men between the ages of 18 and 60 are not allowed to leave the country, so the NCI team consists mostly of male oncologists holding the front. “Our female staff should be protected from bombing and shelling – some of them evacuated to safer areas to stay with their families”, said Dr. Beznosenko. Some doctors like Volodymyr Pikulskyi, anesthesiologist at NCI, signed up to the Ukrainian territorial defense of Kyiv (Fig 3) reminding “O thus be it ever when free-men shall stand between their loved home and the war's desolation” by Francis Scott Key, The Star Spangled Banner, 1814.